Crystal Smith, the wife of Grammy award-winning artist Ne-Yo, is now “F.N.F” as GloRilla would say. 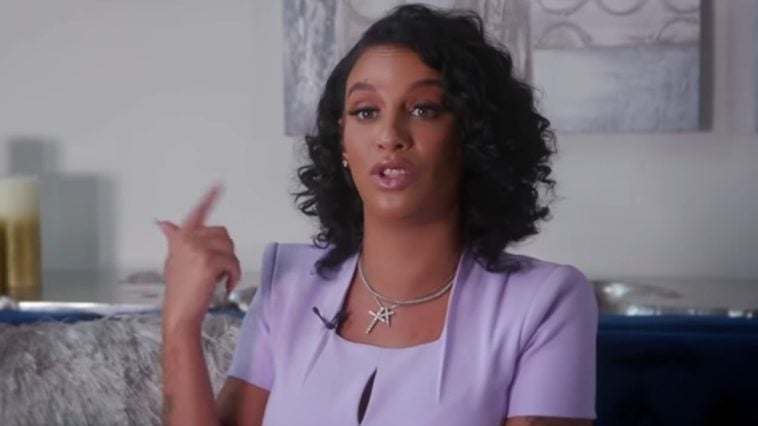 R&B singer Ne-Yo has been having trouble in his marriage with his wife, Crystal Renay Smith.

According to reports obtained by TMZ, Crystal has officially filed for Divorce. Perhaps, she took Vivica Fox’s advice.

The CEO alleges that her husband had a kid with another woman during their marriage.

The divorce was filed this week following her Instagram tangent that accused the singer of adultery.

In the video, Crystal Renay was in her car blasting the summer’s single anthem “F.N.F” by newly signed artist, GloRilla.

The following lyrics playing in the background.

“That mean I ain’t gotta worry ’bout no fu*ck-nigga cheating and I’m S-I-N-G-L-E again,Outside hanging out the window with my ratchet-ass friends I’m F-R-E-E, f*ck-nigga free”

The couple has hinted at divorce in the past, but in attempts to reconcile the relationship; renewed their vows in April of this year.

The divorce came as a complete shock to many considering Ne-Yo’s recently dropped track “Don’t Love Me,” which he dedicated to his wife at his album release party just last month.

Ne-Yo performed the song and followed up with a heartfelt message,

“I wrote this song as a letter to her basically telling her at the time that I didn’t feel like I could be the man she deserved, I thank god she didn’t leave because we wouldn’t be together.”

Snoop Dogg To Star In Upcoming Comedy, “The Underdoggs”