Low response, high speed and maximum reliability. These are exactly the three aspects gamers expect from their internet. Archer GX90 could surprise many demanding users in this respect. It offers a special Wi-Fi band for gamers, a 2.5Ghz connection and a game accelerator that detects the game stream.

Archer GX90 lets you know at first glance that it is aimed at gamers. As many as eight antennas have unusual shapes by router standards, and the red gaming touch will stand out near each gaming setup. The antennas themselves are disassembled in the package so that they are not damaged. However, you don’t have to worry about long screwing, as you snap them into place in a few fractions of a second. Starting your internet center is a matter of a few seconds. the standard is also one port with a speed of 2.5 Gbit/s, which can be used either as a WAN port, if you have a really fast Internet connection from the provider, or you can use it as a LAN port and thus connect your computer within the internal network, or for example NAS and use its full speed even when more users connect to it.

The Tether mobile application guides you through the entire setup, which is completely in Czech . You don’t even need to turn on the computer or connect via cable to set up the router. In the application, you can also change various router settings and check network traffic so that you always have a complete overview. 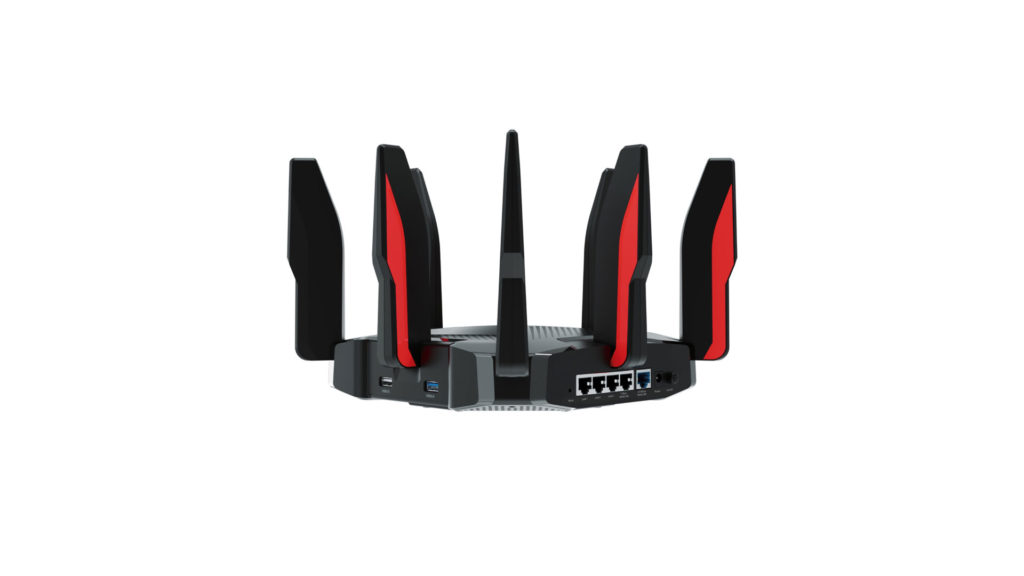 In total, up to 6,579 Mbit/s can flow through the router, which is certainly not little. You may not use such a speed today, but a high-end router is bought for years in advance.

Uncompromising connectivity and coverage are ensured by a number of technologies. This is, for example, Beamforming, which optimizes the signal strength. Furthermore, OFDMA, which improves the average data throughput fourfold and eliminates latency. Thus, more clients using the Wi-Fi 6 standard can connect to the network.

During the test, there was no problem reaching more than 800 Mb/s when downloading from the Internet, and we are not talking about laboratory conditions. At the same time, thanks to eight antennas and Beamforming, the signal quality decreased at a much slower rate than in the case of other routers.

If the range is still not enough for you, it is not a problem to extend your Wi-Fi extender using OneMesh technology. Thanks to this function, you eliminate signal dead zones even across several floors of the house, or even in hard-to-reach places. You don’t have to deal with the complex setup of several Wi-Fi networks. You have everything under your thumb in one administration of the router itself.

In addition, a number of functions for gamers are built right into the router. Game Center brings together a table where you can see connected devices and network traffic. You can give priority to your phone or computer and guarantee that the response will not increase and the game will not lag even when the network is fully used.

Game Accelerator automatically detects and optimizes game streams. Support is guaranteed for dozens of the most popular titles from Battlefield to Call of Duty, Dota, League of Legends, FIFU, Minecraft to World of Tanks.

. The fully equipped gaming band features 4T4R and HE160 technology and offers all your game servers a top speed of 4804 Mbit/s and suppresses interference from other devices. The function of dynamic frequency selection will automatically expand the band and thus make it possible to use the full potential of the wireless network.

Of course, there is also security including antivirus, the latest Wi-Fi encryption or support for VPN client and server.

The whole thing is rounded off by clear software where you can see all connected devices and the data flow. Thanks to three bands, 4×4 MU-MIMO support and up to eight streams , the wireless connection will never limit you

. TP-Link Archer GX90 is simply an uncompromising router for every demanding gamer. 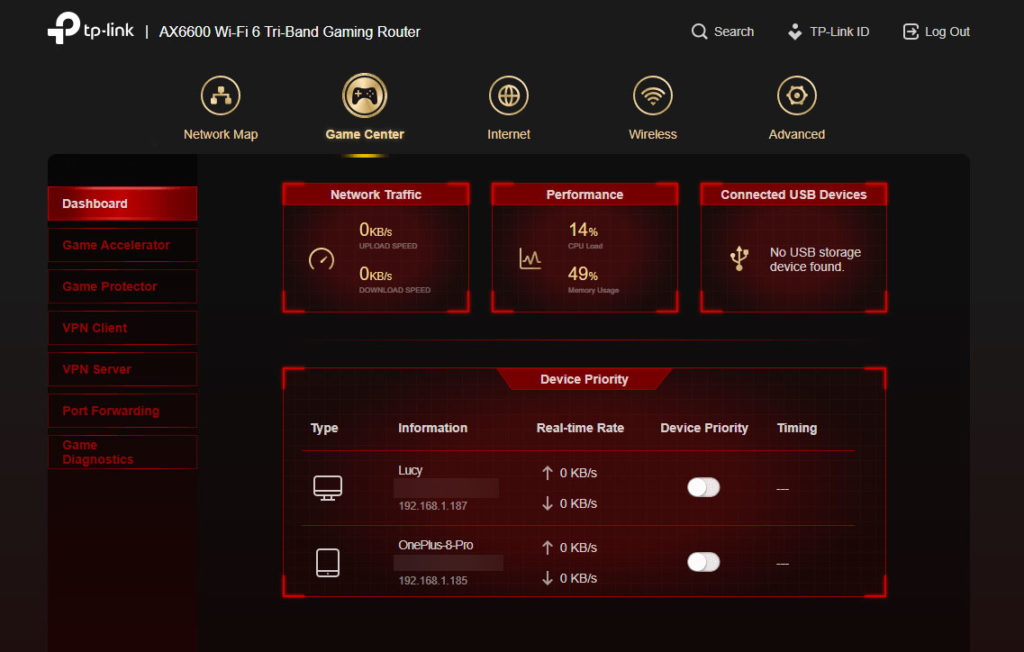 Top grossing games on Steam for the 31st week

Eidos Montreal wants to return to the Deus Ex series, according to an insider