The last surprisingly high-quality addition to the “predators” series, Predator: Prey, pleased and it seems that after the miserable squares, Predator: Evolution (2018), the series will not end after all . But it is certainly worth noting that in the meantime, in 2015, an almost half-hour movie Predator: Dark Ages was also made.

What is the film about?

as the title suggests, it takes place in the Middle Ages, in the Dark Ages, when a group of Templar of knights to catch a dangerous beast. In the end, however, it turns out that the beast is not from our planet… 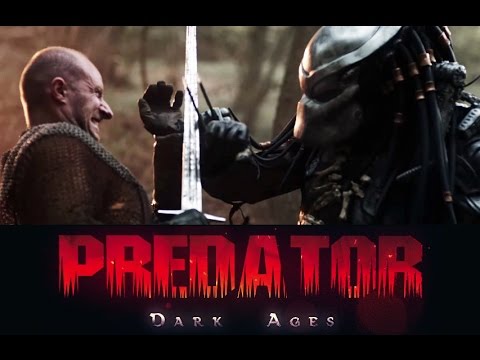 Predator: Dark Ages is not an official part of the series, but an independent fan film created thanks to the help of Kickarster, where £5,525 was raised. It was filmed by director James Bushe, with actors such as Adrian Bouchet (you could also see him in the movie King Arthur: Legend of the Sword or the TV series The Last Kingdom), Sabine Crossen (e.g. Fantastic Beasts: The Crimes of Grindelwald), Ben Loyd-Holmes (Skyfall), George Newton (Paddington), or Jon Campling (Harry Potter and the Deathly Hallows). As you can see, it is a fan film, but not an amateur film.

The film can be found on Youtube in the original English version, we have taken the liberty of including the one with the fan Czech dubbing here.

Metallica's Pro-Ject Turntable? The limited edition promises style and quality sound not only for fans

Slovak GymBeam is growing and has opened a store with fitness products in Karlín. He is also preparing merchandise for esports