Telfar’s profit sales have skyrocketed by 86% since Beyoncè mentioned the luxury bag in her lyrics from her masterpiece, Renaissance. In honor of its success, SOHH has curated a list of celebs who have been spotted rocking the new hot commodity. 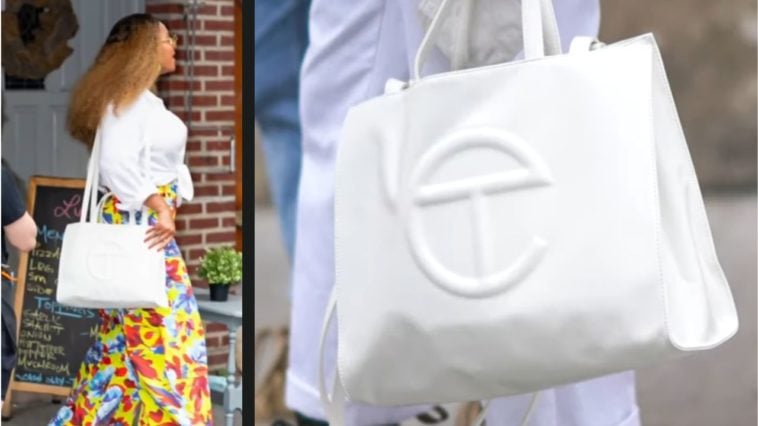 These five hip-hop artists own the bag and are killin’ it with style:

Beyoncè has been spotted sporting her bag daily and modeling for the ‘gram.

Queen Bey recently released her highly-anticipated album, Renaissance, where she mentions Telfar in her song, “Summer Renaissaince,” along with other luxury name brands.

So elegant and raunchy, this haute couture im flaunting. This Telfar bag imported, birkins them shits in storage, I’m in my bag.”

The Telfar owner rocks it as her day-to-day bag and for red carpet events.

She has also used its products for campaigns with Harper’s Bazaar and considered the CEO a fashion force in an interview with Time magazine.

“Where the industry restricts identity with outdated expressions of presentation, correctness, and exclusivity, Telfar has created a new language of truth, through design. The telfar symbol is one that acts as an affirmation for how we fully and confidently show up in the work.”

A$AP Ferg has also been spotted sporting a Telfar bag on social media during a campaign and on the scene at different events.

Lil Nas X was seen with Telfar while stepping out, performing on stage, and taking selfies.

Last but not least, it appears Tinashe has been a huge fan since 2019 since she rocks her favorite bag at red carpet events.

The ladies of the SOHHFA have decided on their top five favorite fashion slays from the BET awards.