The preventable school shooting was due more to the breakdown of American institutions than any discrete cause. 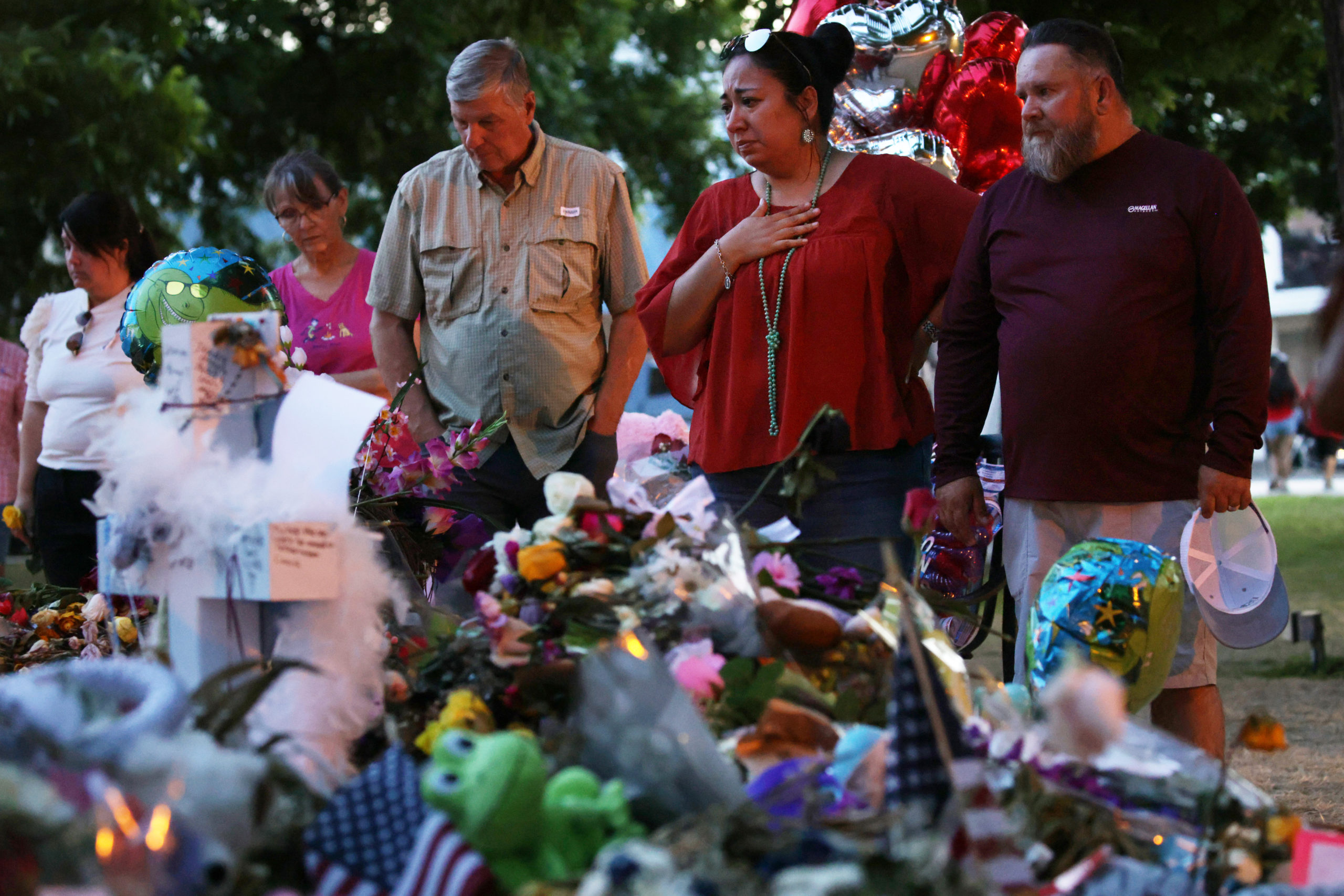 People visit a memorial dedicated to the victims of the mass shooting at Robb Elementary School on June 2, 2022 in Uvalde, Texas. (Alex Wong/Getty Images)

The Uvalde shooting springs from the breakdown of our society’s most basic institutions—the fruits of the left’s long march to delegitimize the freest, most prosperous, and most generous nation in the history of the world. It’s about the fracturing of the family, the collapse of community, and the undermining of trust in our police.

The House report “The Investigative Committee on the Robb Elementary Shooting” ignores these factors, but it’s still pretty damning. Yet it tries to soft-pedal its findings.

“Other than the attacker, the Committee did not find any ‘villains’ in the course of its investigation,” the report reads. “There is no one to whom we can attribute malice or ill motives. Instead, we found systemic failures and egregious poor decision making.”

The committee did not look hard enough. Let’s begin with the failure at the family level.

According to the report, the shooter was born to a mother who struggled with drugs and her boyfriend, who left almost immediately. The attacker lived with his grandmother. Though he continued his relationship with his mother, it was uneasy. No one “raised” this kid; he was left to raise himself.

“The attacker began to demonstrate interest in gore and violent sex, watching and sometimes sharing gruesome videos and images of suicides, beheadings, accidents, and the like, as well as sending unexpected explicit messages to others online,” the report says.

The shooter was chronically absent from school—at-risk in every sense of the term, yet no one seems to have sought help for his learning disabilities, his bullying, or his increasingly dangerous behavior.

This is the end result of fractured families and the collapse of community. Everything we’ve learned about fatherless families and weary grandmothers raising a lost generation of children is on display here. We set our young men up for failure and then stand aside, aghast, when they fail.

The Uvalde report could be an epilogue to Robert D. Putnam’s Bowling Alone. When America’s communities were thriving, fewer troubled youths were allowed to fall through the cracks. Strong relationships between parents and teachers, and between families and their neighbors, served as the kind of safety net that can never be replaced by government programs.

Parenting was often done by the nearest adult at hand (and punishments often re-applied when Mom found out). Kids with scraped knees looked for the nearest grown-up. And people paid attention, at least, when a young person began to go astray. None of that happened here; despite every red flag, no one stepped in.

Finally, there was the feckless response by law enforcement leaders on-site at Uvalde. This was reprehensible. But was it also predictable?

“Despite obvious deficiencies in command and control at the scene which should have been recognized by other law enforcement responders, none approached Chief Arredondo or any of the officers around him or subordinate to him to affirmatively offer assistance with incident command,” the report states.

Perhaps this is because we’ve undermined and sowed distrust in our law enforcement officials. Retirements and suicides have increased in recent years. If we don’t treat police as trusted servants and protectors, can we expect them to truly serve and protect?

The Psalmist asks, “If the foundations be destroyed, what can the righteous do?” The answer for us, at least, must be to rebuild.

We must restore the family—the traditional family—to its rightful place of honor as the bedrock of our society. This means empowering parents to make the best decisions on behalf of their children on everything from vaccines to education; it means removing tax disincentives to marriage; it means recognizing that fathers matter. We must incentivize work, not welfare, because strong, independent families are the strength of this nation.

We must rebuild community. That requires individual effort beyond bumper stickers or social media level. It means getting to know your neighbors, attending church, getting involved in your kids’ schools. The left would divide us by immutable characteristics; we must respond by building relationships based on the characteristic that truly matters.

And we must reconstruct a civil society that produces and promotes the confidence needed to entrust the police with our public safety. Law enforcement officers need to know we’ll have their backs, so long as they have ours.

Institutional failure is the story behind the Uvalde tragedy. No single solution—not gun control, not red flag laws, not more DEI officers in schools—will suffice. We must address the disease, not the horrific symptom. And that means restoring the institutions that made America the last, best hope—for all of us.