The Town of Pigs Is a Dark, Moody, Visceral Horror Story 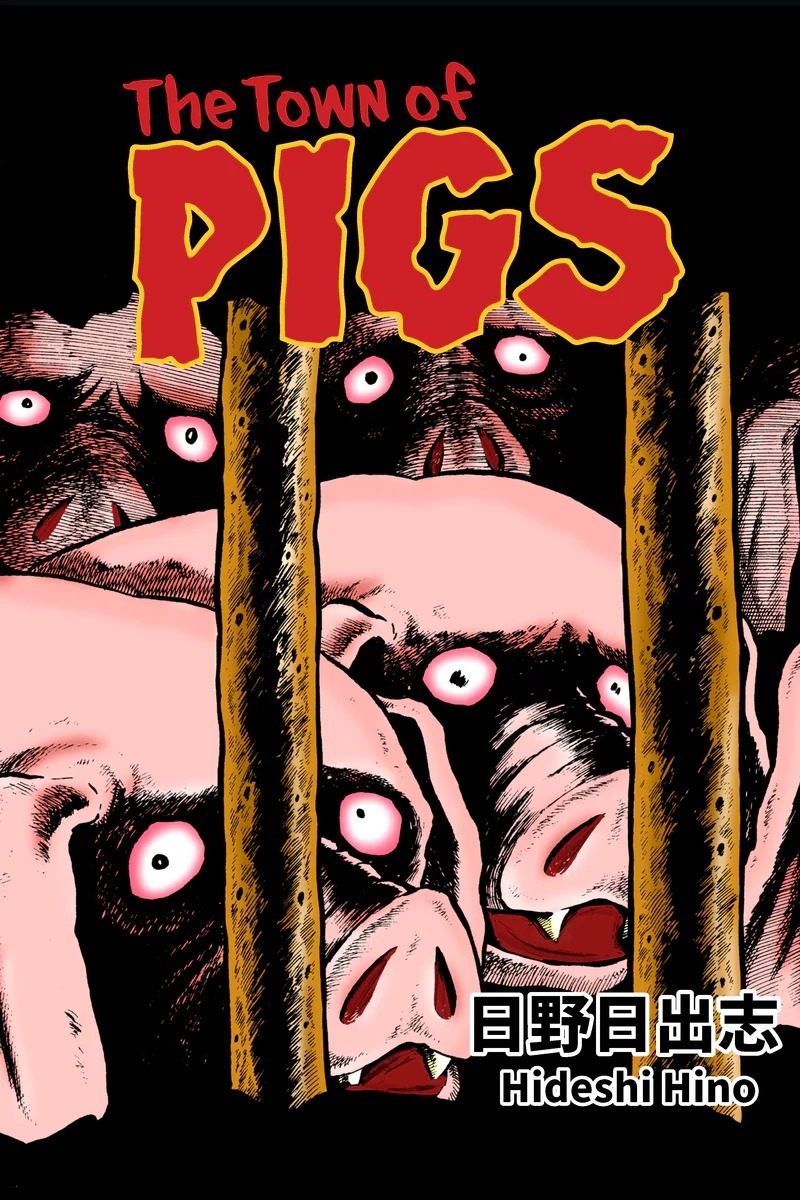 The Town of Pigs is the first manga title of horror icon Hideshi Hino’s work to be published in English in more than ten years. Hino is a top horror mangaka in Japan, and it’s easy to see why: his work is unsettling, moody, and grotesque, and I mean that as a compliment. He knows how to dig into people’s fears and bring them to life with skilled art. People who don’t like horror aren’t going to be won over by this one. But people who like horror ought to check out Hino.

The manga opens with a boy chained up and wondering how he got here. He takes us back in time to a night where there was a blood-red moon. He was suffering from insomnia, and when he thought he smelled blood and heard strange noises, he got up to investigate.

The town is overrun by humanoid figures in total blackness who ride on horses and wield axes. Somehow the boy is able to escape, but the rest of the town isn’t so lucky. The humanoid figures —there’s talk that they’re demons — declare that they’re going to turn all the people into pigs, like Odysseus’s men. But this is no adventure story. The people who refuse to be turned into pigs are tortured and murdered, and Hino doesn’t shy away from showing you the torture and murder.

The whole manga is in black and white, and Hino uses darkness regularly in the artwork. It’s like much of the book is made up of spooky shadows. It also feels like stepping into a panicky nightmare that doesn’t let up. All of this leads to a psychological, surprise ending that gives readers plenty to think about.

This is definitely a manga for fans of visceral horror. The Town of Pigs is also part of Star Fruit Books’ newly launched Blood Orange imprint, which is dedicated to horror manga. Blood Orange will be publishing more work by Hino in the future, so horror fans will want to keep their eyes peeled.

Danica Davidson is the author of the bestselling Manga Art for Beginners with artist Melanie Westin, plus its sequel, Manga Art for Everyone, and the first-of-its-kind manga chalk book Chalk Art Manga, both illustrated by professional Japanese mangaka Rena Saiya. Check out her other comics and books at www.danicadavidson.com.

The Vampire Dies in No Time Anime Returns in January 2023